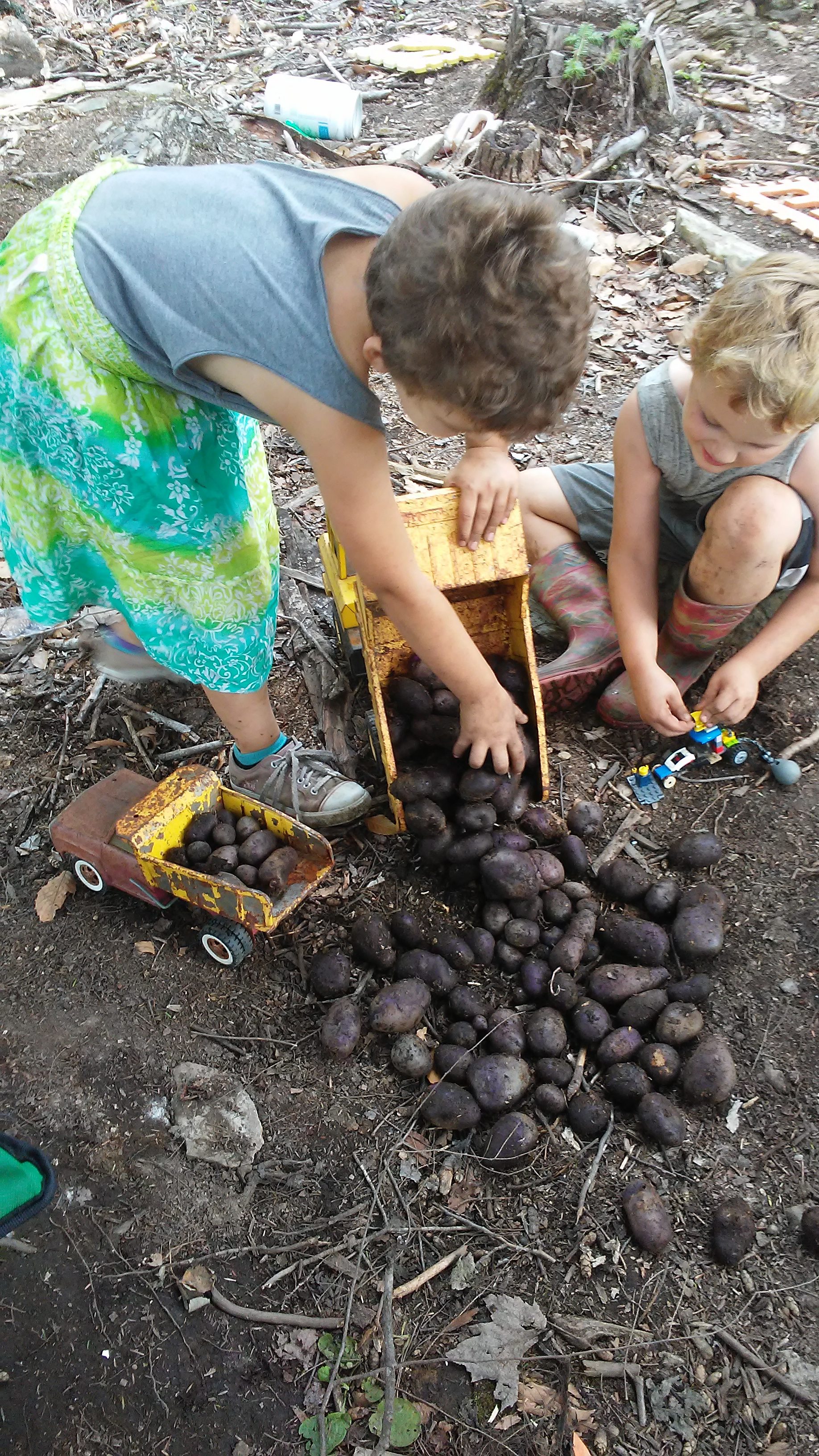 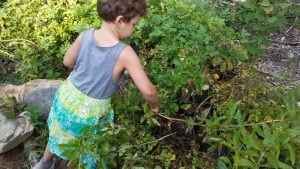 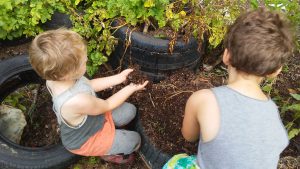 Once all the plants are pulled up, which the kids thouroughly enjoyed doing, I took the top tire down and they scooped off all the loose soil, grabbing beautiful blue potatoes as they went. 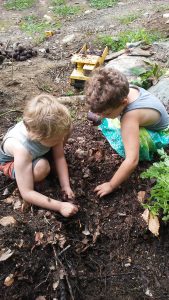 After we got all the potatoes from the top soil, I got rid of the other tire as the kids watched the potatoes pour from the rims.  Apparently, harvesting is pretty exciting stuff.  They would dive on every little blue potatoe they saw, yelling “Potatey, Potatey!.”  It kept them entertained for a while, and we have only done a couple tires.

Once all of the potaoes were found, I hope, they were piled into a truck to be carried to the kitchen to dry.  The kids were a little rough with the new potatoes, but we will be having the bruised ones for dinner tonight. 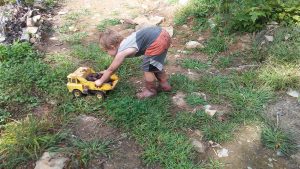 He drove the potatoes over until the ground was a little too rough.  She called me over to carry her truckload, but she took the smaller one, also full of blue gems. 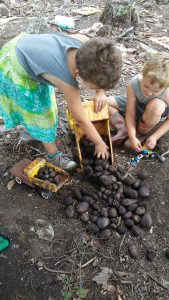 They were in dump trucks, so of course, we had to dump the potatoes into a pile behind the kitchen.  I explained to the kids to try to be gentle, because the banged up potatoes will rot or go bad faster.  We have this chat about fruits and veggies a lot.  They are slowly catching on.

Since these were potatoes that the kis planted and now harvested as well, they chose to make french fries out of them for dinner.  Blue french fries are amazing, by the way. 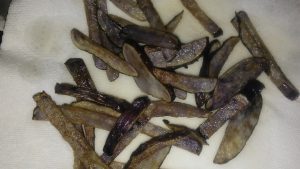 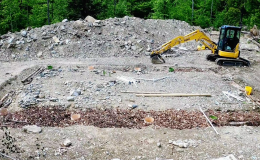 I always need another garden bed, but my goal this year is to work really hard on getting enough production from the garden that I can put away a decent amount of food. In the past, I have done some pickling, canning, and fermenting, but no large amount of food … 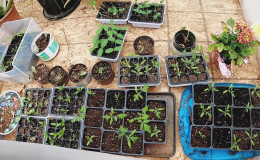 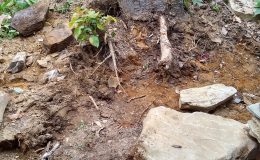 The first area that I will be adding will be the water room. It is currently loaded with stumps and rocks. The rain barrels will be set up here, and so the sink will be nearby, and the next room over will be the bathroom. They need to be close …