Skills for the New Year

In our journey to becoming self sufficient, there are numerous skills we need to learn along the way.  We currently live in a house in a little neighborhood with every store imaginable within ten minutes.  We don’t need to have many skills.  When we decided that we were leaving this lifestyle behind, we quickly realized how little we knew how to do for ourselves.

So we started learning as many skills as possible, starting with growing a garden, as I had mentioned before.  This past year we learned quite a few new skills.  I began making most of my own household cleaning products out of things like baking soda and vinegar.  I learned how to make my own soaps and am currently perfecting my own shampoo.  I started learning fermenting through making mead and vinegar.  We participated in a local CSA and started learning what cooking in season was all about.  We made rain barrels and a water filter in order to drink clean, fresh water instead of treated tap water.  I did a small amount of canning.  The final project of the year was the lasagna garden.

I bought a large amount of raw wool this past spring which I am hoping to learn to work with; I am considering an alpaca farm at some point in the future.  We also need to learn to start a fire without tons of lighter fluid and a lighter.  A perennial vegetable garden is something I have already talked about doing.

There are so many possibilities and so little time given that we still currently have standard jobs.  We also have two lovely babies and are trying to buy the land that we will all eventually live on.  So what is most important to learn?  I would love to get some input from anyone who has been through this already.

Sounds like you have covered alot of ground in a short time, good for you! The only thing I can think of adding to your comprehensive list is seed saving, something I am working on next year.
Have fun, Micki and happy holidays!

I did a small amount of work with seed saving. I guess I left that off the list. I want to save some tomato seeds and things like that, but it would limit me to only growing one type of tomato since I don’t have much room yet. Seed saving is going to be really important soon though. Thanks! 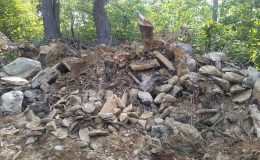 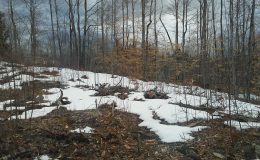